After a lengthy hiatus, we’re back! Thank you to anyone who has read, commented, and (hopefully) enjoyed this site so far. I’m hoping to be able to post much more frequently from here on in…

Continuing on in our “Tea Categories” series, the next class of tea in the spectrum is green tea.

Whereas white tea, due to its relatively recent arrival in the West, is still somewhat of a novelty to the casual tea drinker, most people who have consumed any significant quantity of tea will likely have tried some type of green tea at some point. A green tea may have even been among the first cups of tea you ever tasted. Perhaps it was an intoxicatingly scented jasmine at a Chinese restaurant. Perhaps it was that bright green, opaque, roasted rice tea you had at your favourite sushi place. Maybe it was even some of that matcha (below) you’ve heard so much about. Whatever it was, if you’re reading this it was hopefully an enjoyable experience, or at least enjoyable enough to make you wonder what else is out there.

As a category, green tea is massive – vastly larger than white tea in terms of styles possible, and styles produced – and lumping so many diverse teas into one monolithic whole does something of a disservice to those who create them. My goal in this post is to try to provide insight into the great variety of green tea that exists, while hopefully answering some of the questions that seem to arise frequently. So let’s dive right in!

How is green tea made? How does it differ from other types of tea?

Recall from previous posts that all tea is made from varietals of the Camellia sinensis plant; the differences between and among teas, again, occur in how the leaves are processed (or not) once they’re picked. So what makes green tea different?

The key is a step commonly called fixing, firing, kill green, or, in Mandarin, shaqing (“sha-ching”, 杀青). This is the most essential step in creating green tea. Unlike white tea, which is dried gradually after being plucked, as soon as leaves destined to become green tea arrive at a processing facility, they are ‘fixed’. Fixing is basically applying a high level of heat to the leaves for a short period of time to prevent oxidation from occurring. In other words, fixing is the process that ensures green tea stays green, rather than oxidizing further to become an oolong or black tea.

Fixing is done in different ways depending on the region and the style of the person making the tea. Chinese teamakers overwhelmingly use pans resembling giant woks to fix their teas, whereas Japanese teamakers tend to use a short blast of superheated steam to deactivate the enzymes that cause oxidation. Teamakers from other countries may use either method – or one of a variety of other methods – depending on the tea they want to produce and their personal styles. (I’ll be exploring the topic of fixing in more depth in a future entry.)

Once the fixing is done, the teamaker’s creativity comes into play in the rolling and shaping process. Particularly in China, teamakers have refined their skills over millennia to form tea leaves into an astounding variety of shapes, everything from flat needles to snail-like spirals to round balls to whimsical, pigtail-like curls (see below for a couple examples.)

Regardless of the shape into which the tea leaves are formed, the rolling and shaping process generally serves both cosmetic and functional purposes. Not only is this process a way of creating tea leaves that look cool and distinctive (as is often the case in China), or appealingly uniform (as in Japan), but it also helps reduce the amount of moisture in the leaves, thus deterring the leaves from becoming moldy and preparing them for further processing.

The last step in this whole sequence is drying. Once the previous processing has been completed to the teamaker’s satisfaction, all that’s left is to reduce the tea’s moisture content to a level (generally 2-3% water by volume) where it will be shelf-stable. As with the fixing process, drying can be done in a number of ways, but the most common modern method is to ‘bake’ the tea in large electric ovens.

Knowing the proper length of time to dry a given tea is the point at which the teamaker’s acquired skills come into play. While there are many ways in which the process of making tea can go wrong, drying is particularly important, as mistakes made at this point can negate everything done previously and completely ruin the tea. If the drying is done too long or at too high a temperature, the tea will be too brittle and prone to breakage, and may taste unpleasantly seared. If not done long enough, the moisture content will be too high, potentially causing mold growth. The drying process is not unique to green tea – all teas experience it to a degree – but given the relative delicacy of the flavours of green tea as compared with those of more oxidized teas, processing flaws are much more apparent in greens than they might be in, say, an Assam black tea.

Where is green tea usually grown?

I can see your eyes glazing over with all this talk about tea processing (it’s OK, I understand!), so let’s move on to something different: Who actually grows all this green tea?

It should come as no surprise that China, the ancestral home of tea, is tops in this respect. In 2010, China grew more than a quarter of the world’s tea, and it’s estimated that 70-75% of that quantity was made into green tea.

China certainly doesn’t have a monopoly on green tea production, though. While Japan, due to its shortage of farmland, grows a small amount of tea in absolute terms, the vast majority of it is of good to extraordinarily good quality. And almost all of it is green tea. Japan grows no white tea, virtually no oolong tea, and a minuscule amount of black tea (which I highly recommend trying if you encounter some – it is exceptional, just like most other Japanese tea. But I digress.) The overwhelming majority – over 99% according to one source – is comprised of the various types of greens for which Japan has become renowned. (See below for a listing of some of the best types.) 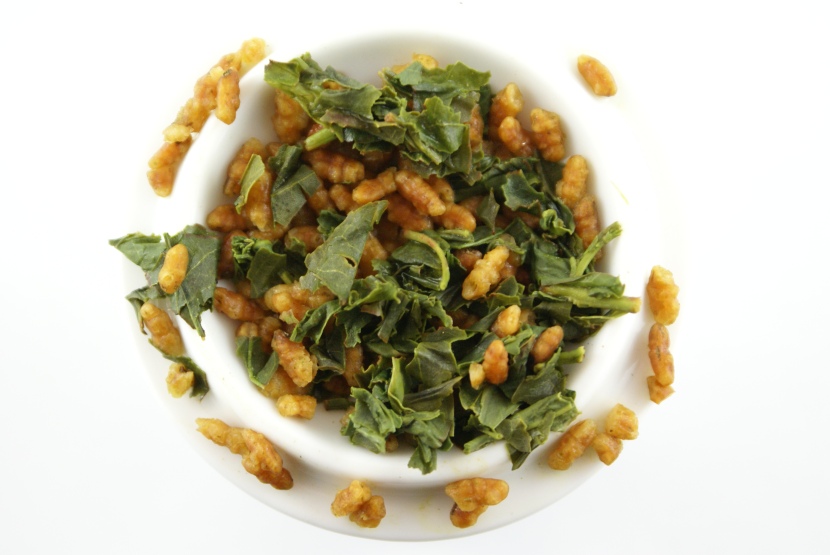 China and Japan may produce the bulk of the green tea we consume, but they’re far from the only producers. Korea, while not even in the top 30 in world tea production, produces astonishingly good green (and yellow) teas, though they can be very expensive, sometimes rivalling the priciest Chinese and Japanese teas. Taiwan produces a small amount of green tea, which ranges from average to excellent quality. Vietnam, long a producer of lower-grade greens, has now begun to develop its tea industry and some wonderful teas are starting to emerge. I had the good fortune to try an exceptional Vietnamese green a short while ago, and hope to be writing about it on this site soon.

Small amounts of green tea, steadily improving in quality, are also now being produced in places like India, Nepal, Sri Lanka, and Kenya, long bastions of black tea production. It’s going to be exciting to see – and taste – how these countries’ forays into green tea production develops. 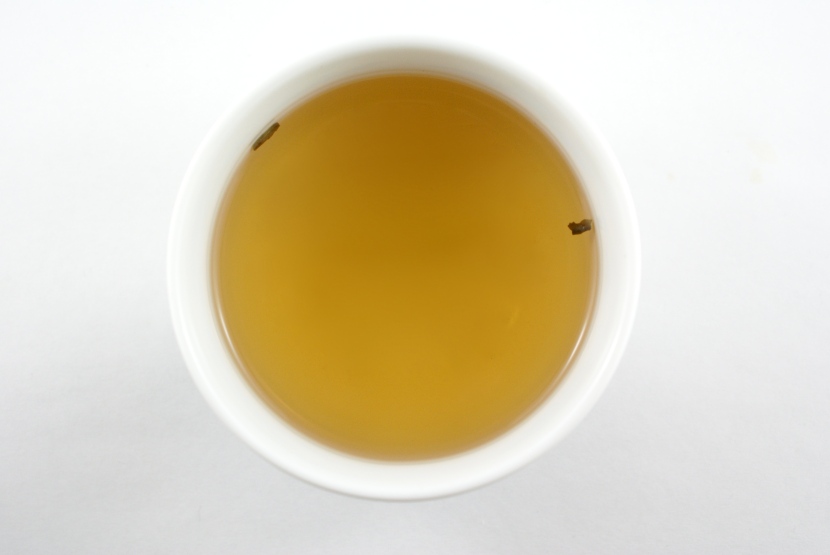 What are some of the most famous/best green teas?

‘Best’ is always subjective, but that said, there are certain types of green teas that any serious tea drinker should know. Recognizing that any particular tea is only as good as its manufacture, storage, and preparation, and that this is by no means a comprehensive list, these are the top teas I would recommend to try to someone just starting to venture into green tea. They’re listed in no particular order – all are delicious, distinctive teas with fascinating histories.  (The names in parentheses represent other names under which the particular tea may be sold, as well as the ideograms/characters corresponding to that tea in the country of its production.)

I’ll explore some of these in more depth, complete with detailed tasting notes,  in upcoming entries. (Especially my favourite ones!) 😉 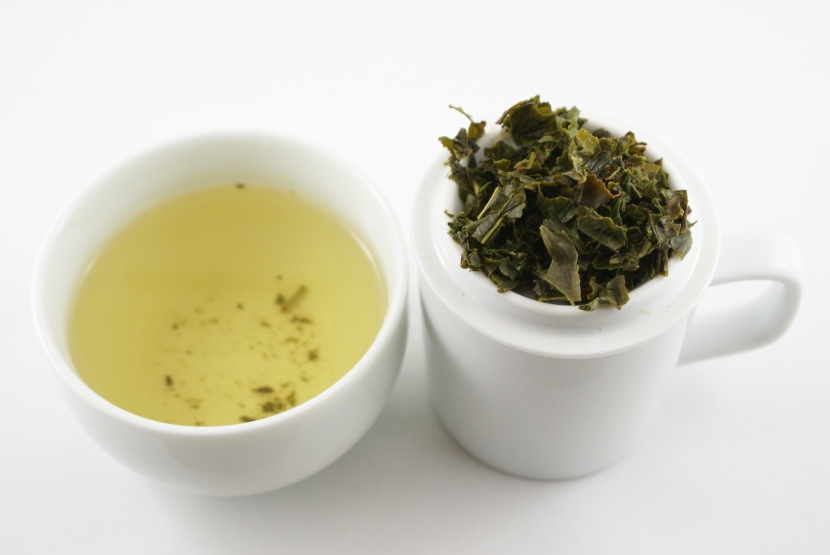 What can you tell me about the health benefits of green tea?

As with all teas, there is a staggering amount of misinformation out there regarding green tea. There is, however, quite a bit of good information as well, as green tea is the most studied type of tea with respect to its effect on human health. While I have refrained from attaching references here in order to avoid this entry looking like an academic paper, I’m happy to provide them to anyone curious. Without further ado, here are just a few of the many solidly researched green tea facts:

And there are many more. It bears repeating, though – and I will shout this from the highest mountain – that the health benefits of tea, while real and substantial, should NEVER be your sole reason for drinking tea. Tea is not a panacea for anything and everything that ails you. It is for this reason that when I’m asked “Which tea is good for (insert ailment/complaint here)?”, I always answer, “The one you’re going to drink.” There is no point in purchasing a tea you don’t like just for its perceived health benefits, because drinking it will always feel like a detestable chore instead of the true sensuous pleasure it can be and is. Drink a tea that you love, and rest easy knowing it’s one of the healthiest beverages you can drink.

NB: I have refrained from discussing the caffeine content of green teas here because this entry is already crazy long; and more importantly because I’ll be devoting a future post entirely to the tea and caffeine question. But if you have a specific burning question on this topic, please feel free to leave a comment and I’ll answer it as best I can.

I call this the “Japanese stoplight” 🙂

I look forward to your comments, and happy tea drinking!